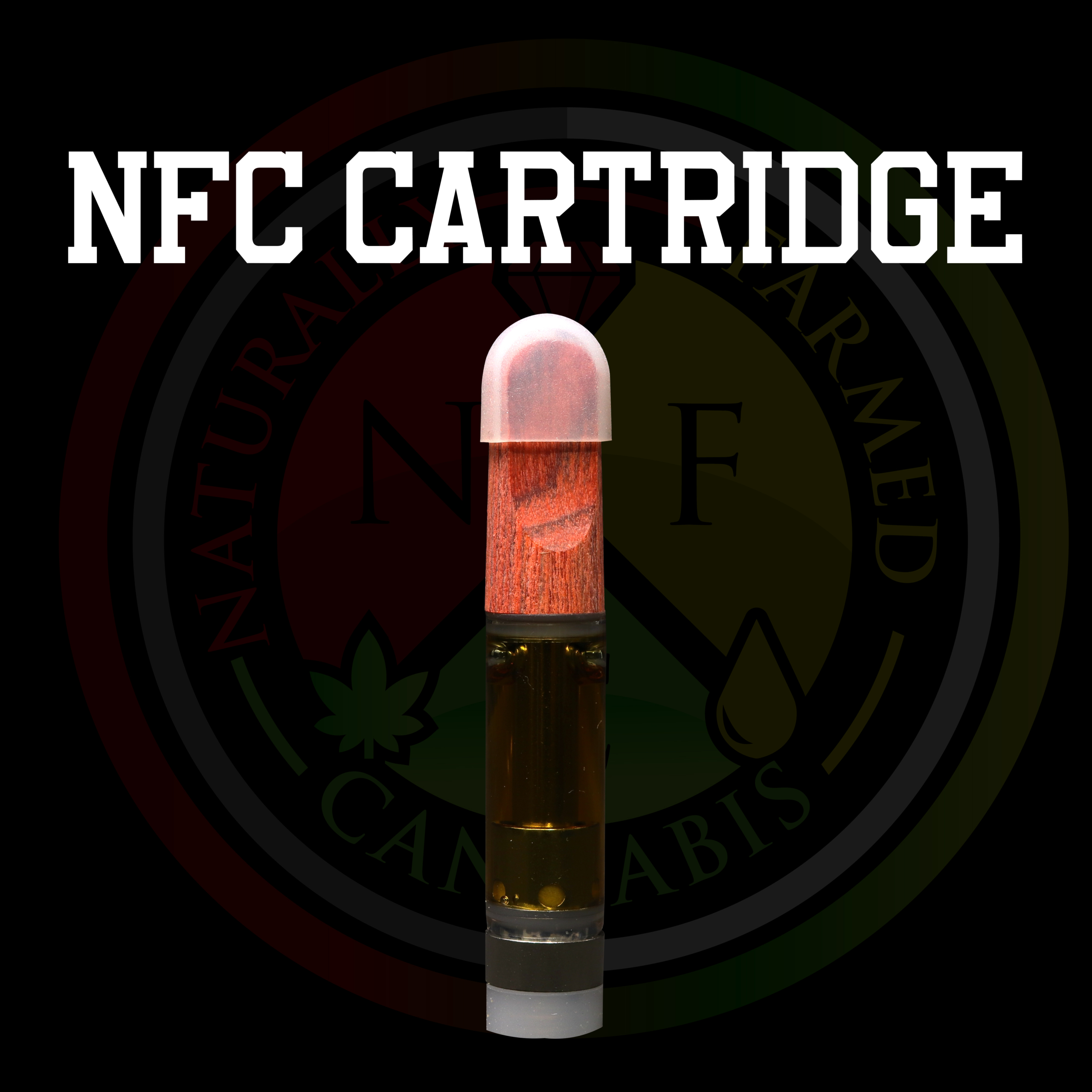 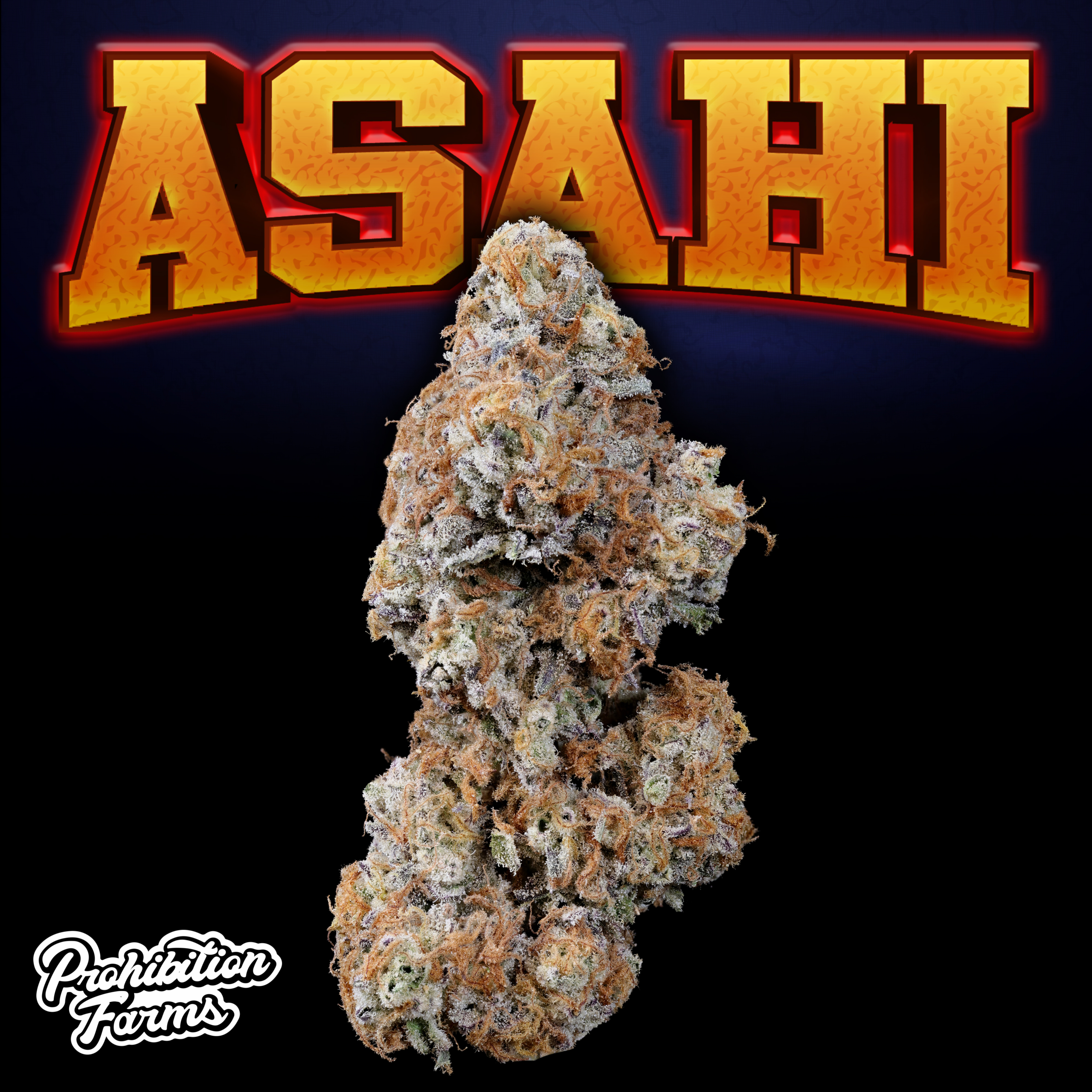 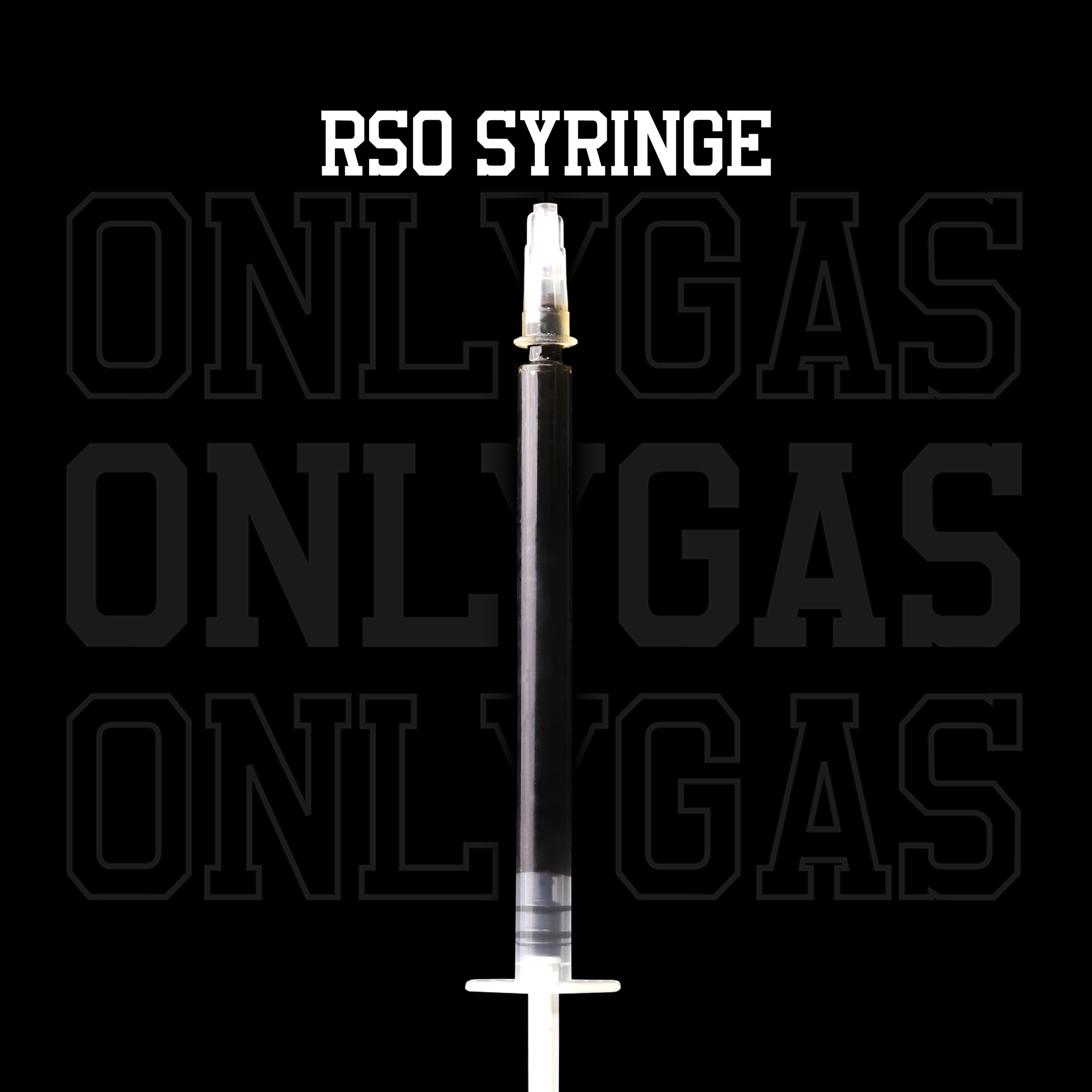 Looking for a powerful solution for ingesting full spectrum cannabinoids? Look no further than Rick Simpson Oil, the natural remedy that has helped countless people on their journeys to wellness. Read below for more and we’ll explore the many healing benefits of RSO and how it can help you in your own journey of self-care and healing. So join us as we unlock the power of Rick Simpson Oil!

Rick Simpson Oil (RSO) has been gaining traction in recent years as an alternative medical treatment. Many have found relief from chronic pain and other illnesses after using RSO, which is known to provide calming and healing effects. Down below, we will explore the history of RSO, its wide range of benefits, methods of application, and extraction.

RSO is a type of cannabis oil distilled from marijuana plants that have been used for centuries for its medicinal properties. It was first created by Rick Simpson and made famous from an episode of The Original Series on CBC’s The Nature of Things entitled “Run From The Cure” focusing on Rick’s experience with his own health problems.

Modern science is revealing just how powerful the active compounds in RSO can be for treating ailments ranging from anxiety to cancer to chronic pain relief. When applied topically or ingested, RSO interacts with cannabinoid receptors throughout the body, activating pathways that can help reduce inflammation, calm nerves, control seizures, and many more healing effects.

From extraction methods to proper dosing while using it as alternative medicine — we will cover everything you should know about this extraordinary oil below!

What is Rick Simpson Oil?

Rick Simpson Oil (RSO) is a cannabis concentrate created by extracting THC and other cannabinoids with a solvent. The product gets its name from Rick Simpson, the grandfather of the cannabis industry, who created the oil back in 2003 as a way to alleviate discomfort caused by his skin cancer. It rose to popularity among medical marijuana patients and remains popular today, especially among those seeking relief from serious illnesses.

It is important to note that RSO is a highly concentrated cannabis oil that should be treated with care – it can provide powerful relief if used responsibly and only after consulting with a healthcare professional. RSO is not recommended for recreational users or those who have never used THC products before due to its potency. Whereas other methods such as smoking or vaping purport various levels of THC content, RSO comes with an estimated 65-75% THC concentration that can overwhelm inexperienced users.

When using RSO, it is important to start at low doses and gradually increase them over time until you begin feeling relief from your symptoms. This slow-dosing method helps you stay safe from any adverse effects while evaluating your own response to the medicine. Those looking for proof of efficacy need only look at Rick Simpson himself – he claims that after applying RSO topically for months he was completely cured of his skin cancer – though this has not been verified by official clinical studies or trials.

How does Rick Simpson Oil work?

Rick Simpson oil is a cannabis extract known for its ability to provide relief from a variety of ailments. Produced with whole-plant cannabis flowers, Rick Simpson Oil has been linked to improved health outcomes associated with a range of conditions including chronic pain, inflammation, depression, anxiety, and more.

When ingested or applied topically, cannabinoids found in the oil interact with cannabinoid receptors in the body. These interactions produce biological responses that bring about changes in mood, physical sensation, and overall well-being.

Rick Simpson Oil is made using high-THC marijuana strains and tends to be particularly powerful due to its high concentration of cannabinoids. It works by targeting two systems: the endocannabinoid system (ECS) and the immune system—both of which play an important role in regulating homeostasis within the body.

The ECS is made up of two primary parts—nerve cells that occur naturally in our bodies and chemical messengers called endocannabinoids which work as neurotransmitters between cells throughout the body. By sending these signals back and forth, these receptors are able to regulate processes such as sleep/wake cycles; digestion; pain management; inflammation; learning/memory; anxiety levels, and more. When cannabinoids like THC interact with these receptors they can alter certain functions within the brain or areas of the body that are experiencing discomfort or distress.

Rick Simpson Oil also works by interacting with other components in our bodies immune systems such as white blood cells, cytokines that manage inflammation levels, and natural enzymes like COX-2 which helps control pain signaling pathways to reduce feelings of pain. All together this creates an environment where homeostasis can be restored more quickly than it would without taking Rick Simpson Oil— meaning people feel less pain; experience reduced inflammation; improved moods/anxiety levels— leading to what some refer to as a sense of calmness or relief from symptoms once thought unmanageable or untreatable.

Rick Simpson Oil (RSO) is a cannabis-based oil made with ethanol and is known for its multitude of health benefits. Initially created by Rick Simpson, who was cured of his own debilitating sickness and inspired to share the healing properties of cannabis, RSO has become a growing trend and is becoming increasingly popular amongst individuals looking for natural remedies to treat their conditions.

This powerful oil can be used in many ways whether it be orally taken or used topically as a balm or salve to reduce inflammation as well as treat chronic pain, arthritis, autoimmune conditions, skin diseases such as psoriasis and eczema, stress, and depression, migraines headaches, intestinal ailments such as Crohn’s disease, neurological issues such as ADD/ADHD or MS, cancer treatment side effects including nausea and loss of appetite.

RSO is also known for its anti-inflammatory properties which can help reduce swelling from sports injuries, joint pain from arthritis, or even age-related ailments like rheumatism. It’s also been found to help with anxiety and stress disorders due to its calming effects on the mind while still having the ability to provide mental acuity in more stressful situations. Additionally, RSO has antispasmodic qualities that can provide relief from muscle spasms caused by illnesses such as multiple sclerosis (MS).

For those seeking relief without harsh chemical oral medications – whether it be via smoking or applying topically – RSO provides tremendous benefits without harsh side effects. With proper research and expert advice on dosage in conjunction with conventional treatments when needed, individuals looking for an alternative form of medicine may find considerable success with Rick Simpson Oil.

Rick Simpson Oil (RSO) is a type of cannabis oil made specifically from the cannabis plant in a very specific way. It is often confused with other types of cannabis oils such as CBD oil and THC oil, but RSO stands alone in its production and effect on the body. The main element that separates RSO from other types of oils is its incredibly high levels of Tetrahydrocannabinol (THC). In fact, THC levels found in RSO can range from 50% to 90%, making this incredibly potent.

Cannabis Oil also has high levels of THC but generally falls into one of two categories – raw or concentrates. The amount of THC can range depending on how it was extracted and what type was used. Generally, concentrates have higher levels than raw oil because they start with more concentrated marijuana items such as Hash Oil or CO2 Concentrate which already have high levels of cannabinoids.

In addition to the high concentration of THC, RSO also features many lesser-known cannabinoids like Cannabigerol (CBG), Cannabidivarin (CBDV), Cannabichromene (CBC), and Tetrahydrocannabivarin (THCV). These cannabinoids are thought to be essential when it comes to medical benefits like stress relief and anti-anxiety effects. They trace back to the original mixture that first created Rick Simpson’s iconic therapeutic tincture formula all those years ago. 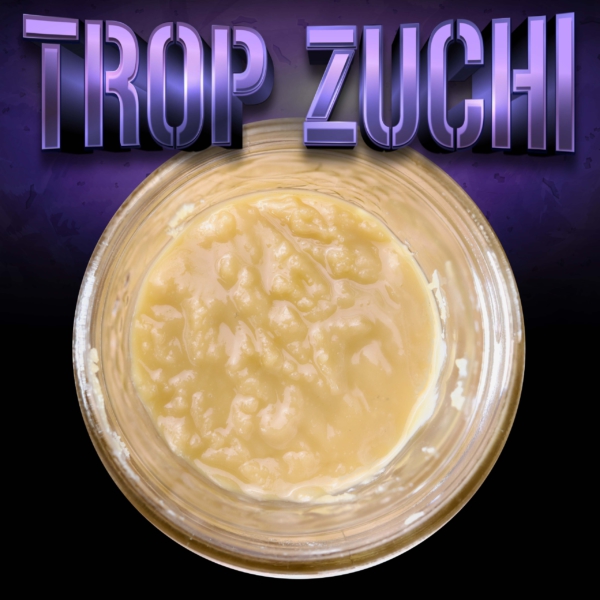 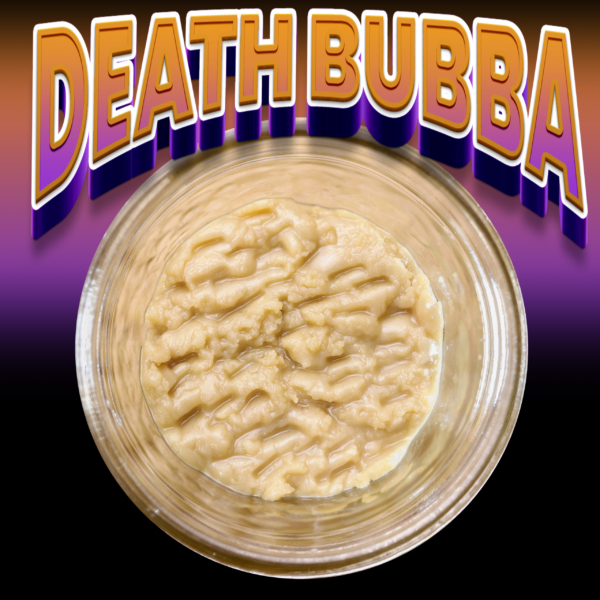 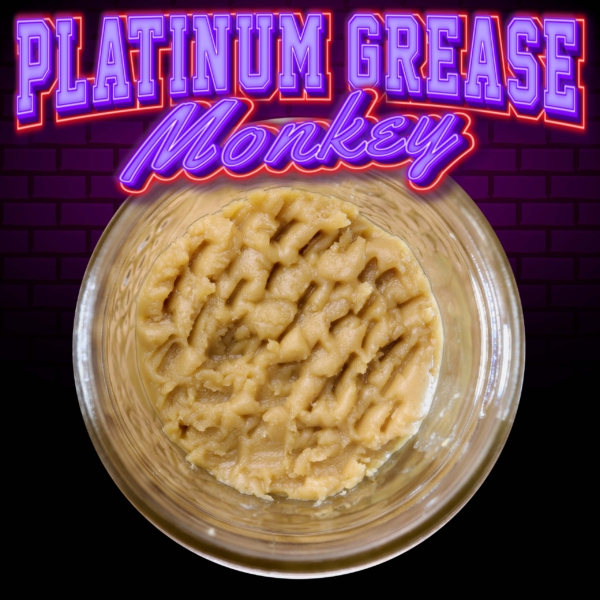 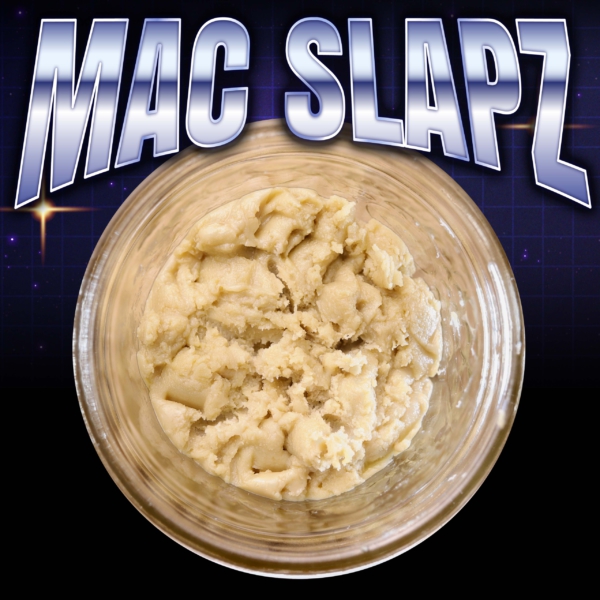 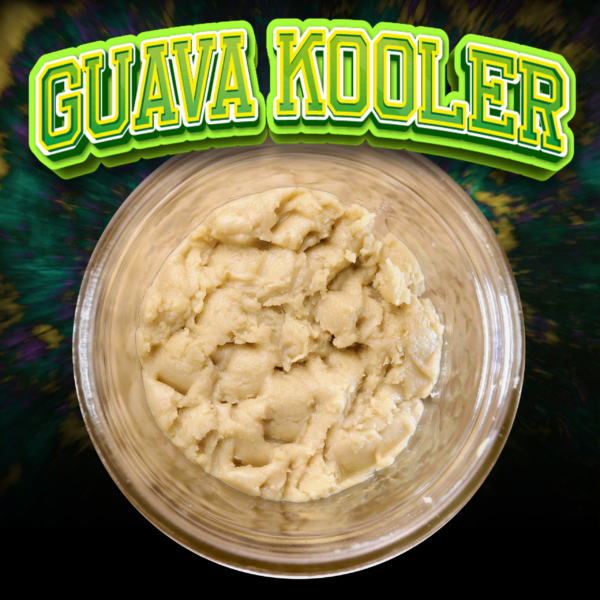 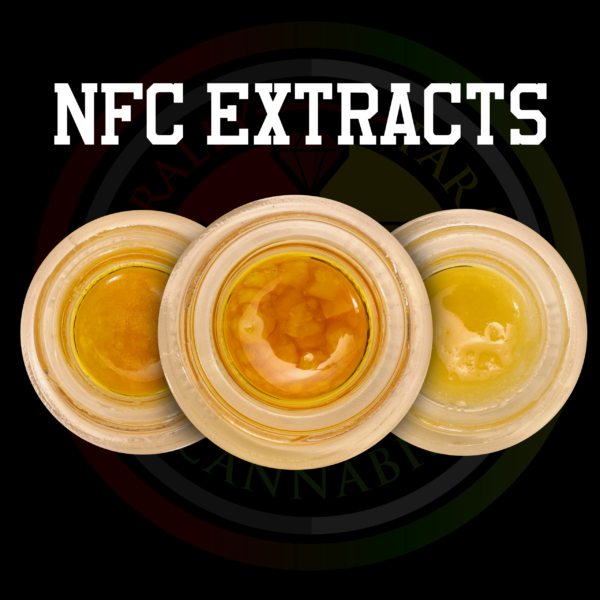